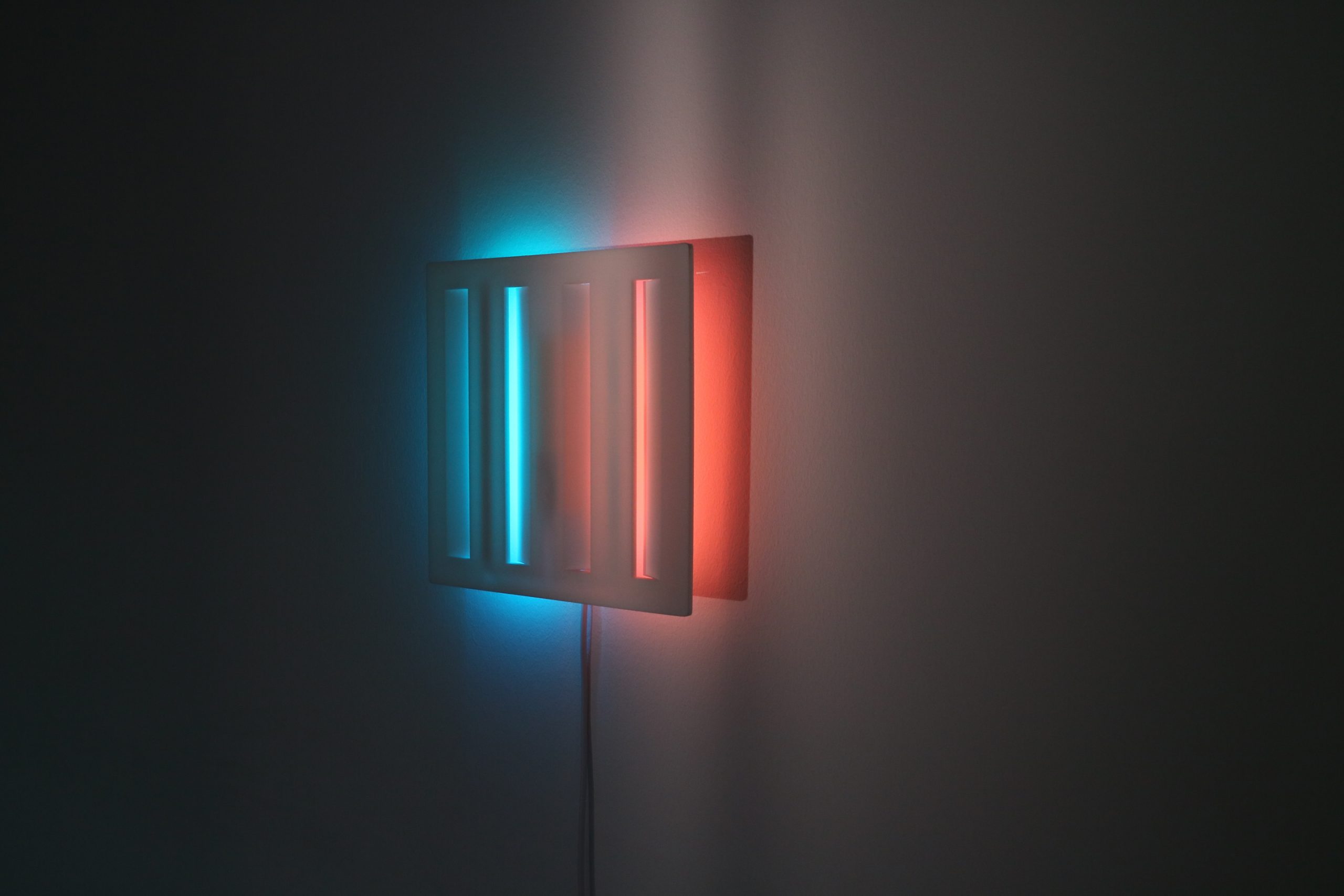 The object is back lit by LEDs being controlled in two groups by a microcontroller. On the opposite sides, the colors used are also opposing each other (in HLS color space), which means the light around it will mix to something of white light. After slowly crawling through the spectrum, an hour later the lamp will look the same as before.

Edition made in 2019 for the Light Objects Exhibiton.