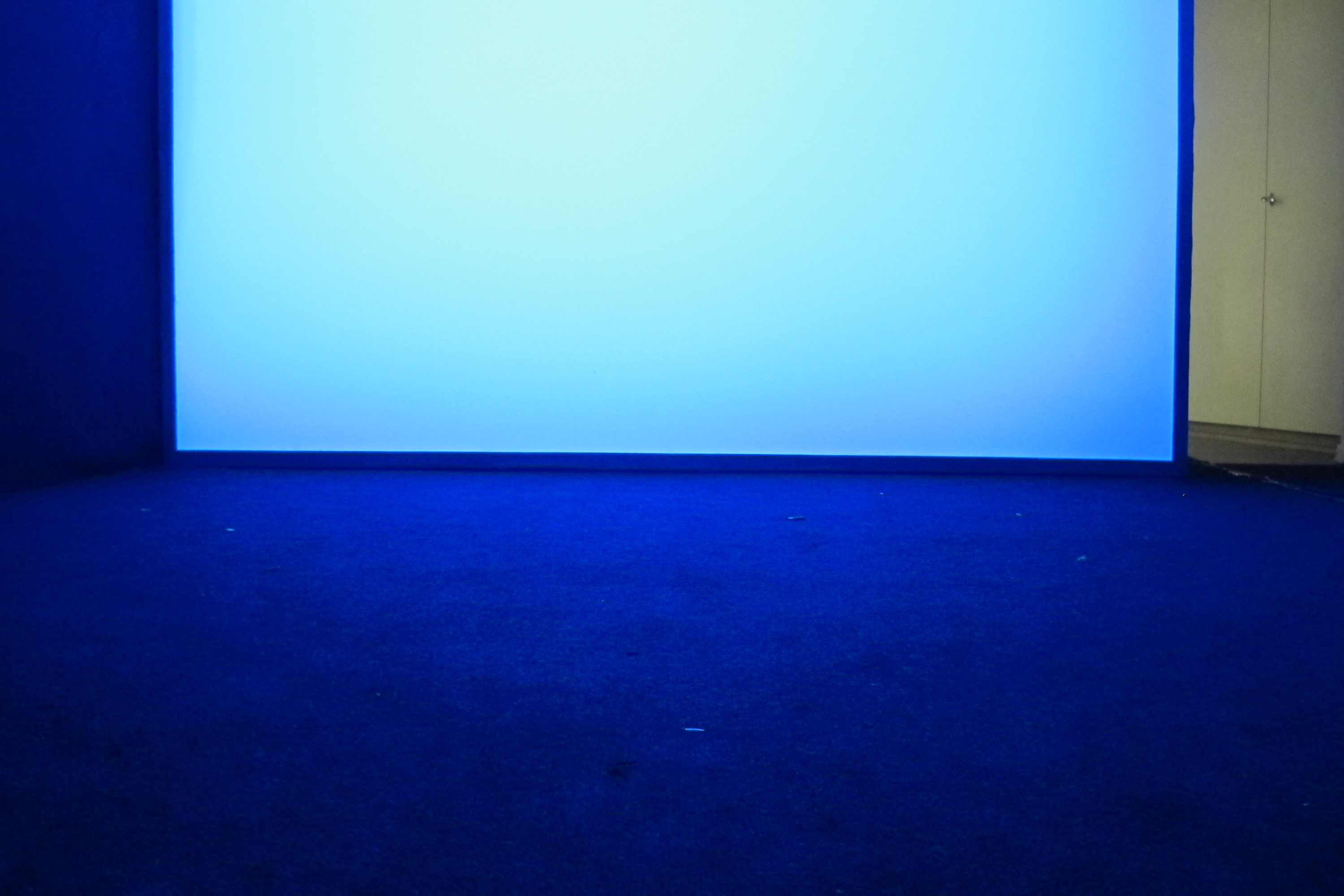 The strobe lights are set to the slowest flash rate, which due to manufacturing differences is not exactly the same. Sometimes two or all three strobes fire at the same time, resulting in colored or white light

The installation shows the three primary colors, one at a time, always in the same order. Because of speed changes, the colors seem to merge into white light, with optical illusions / patterns to be seen by the human perception at certain speeds.

A hidden microprocessor generates truly random numbers, which are  processed into random delay times, matching the human’s eye blink rate. The fluorescent light is then switched off for the shortest possible time (1/50 of a second), resulting into an experience resembling a blink.

All three works are perceived different by the naked eye, compared to the documentary seen here.