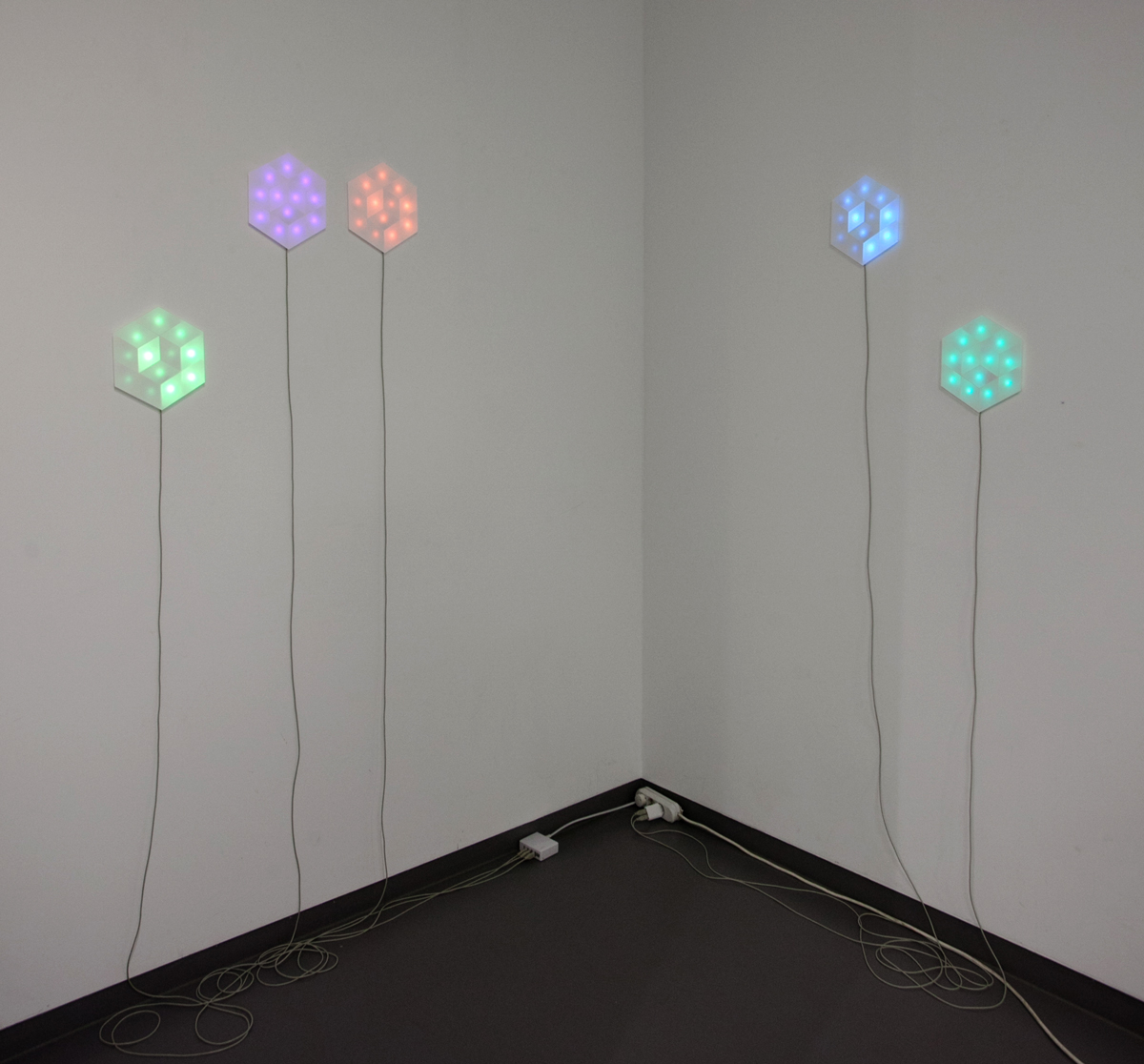 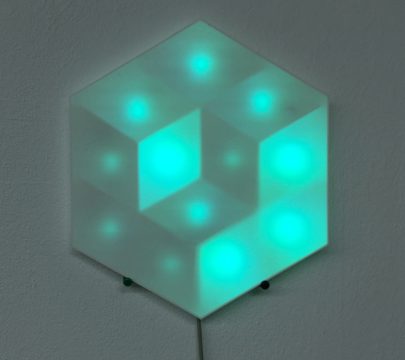 The kinetic light object refers not only in its title to a popular theme of Victor Vasarelys Work, a flat object seeming to have depth in space due to its shading of the colours being used.

Made from 3D printed plastic, the object is lit up from the inside using RGB light diodes which are animated through an internal microprocessor. The design of the object, electronics and programming have been done by Julius Schmiedel himself, after reverse engineering the original works by Vasarely.

When plugged in, the object will randomly light up in one of 360 different colours. First seen as flat while all fields have the same luminosity, it then animates into a the state seen in the picture, where the different shades of the colour make it appear like a 3-dimensional surface. It will then cycle between the flat and the recessed state.